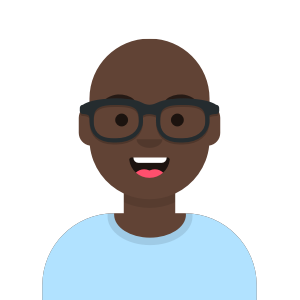 One of the main characteristics of depression is an intense feeling of despair or hopelessness, but this mood disorder affects far more than one's emotions. Depression creeps into every aspect of life, influencing how people behave, think, and feel physically and mentally.

Those experiencing depression don't act like themselves. They may become irritable or quick to anger. Their sleeping habits can change, resulting in more time spent asleep or just lying in bed.

Every action seems like an overwhelming chore to someone who feels depressed, so daily habits -- such as taking a shower or doing laundry -- may stop. Even spending time with friends and family or engaging in hobbies seems to require too much energy, so depression causes people to withdraw from activities and isolate themselves from others.

Depression can also cause people to behave in life-threatening ways. Committing self-harm and attempting suicide are two severe behavioral changes associated with depression that require immediate intervention from a behavioral health professional.

Depression can also set off a series of emotions and negative thought patterns that can impact the way an individual behaves. This mood disorder causes people to become very self-critical and to feel worthless, hopeless, helpless, and "empty."

Self-esteem and self-image take a negative turn, and individuals often feel guilty over little things or overwhelming sadness and pessimism. Anxiety often crops up alongside depression as well.

Depression can cause a host of physical symptoms, including joint and muscle pain, headaches, and digestive problems. Changes in appetite commonly occur with depression, causing people to feel either more or less hungry throughout the day. In turn, this can lead to sudden weight loss or gain.

Fatigue is another hallmark symptom of depression, but some people experience insomnia at night. Others end up sleeping for ten or more hours a day and take naps due to a constant feeling of exhaustion.

Without Treatment, Depression Has Long-term Effects

Individuals may suffer for years if depression goes untreated. When it lingers, it can take a heavy toll on people's lives by affecting their ability to maintain relationships, and take care of themselves. Some want to feel better, so they turn to drugs and alcohol to boost their mood, which can lead to an addiction.

The symptoms of depression have far-reaching effects because they often lead to shoddy work or academic performance, which may cause job loss or school expulsion. Other people may feel so hopeless about their situation that they consider committing suicide.

Addiction, job loss, suicide -- none of these have to be the way your story ends. You are not alone in experiencing depression. It affects thousands of people each year.

Fortunately, depression is treatable, and numerous options exist for its management. If scheduling an appointment with a behavioral health professional seems overwhelming, ask a loved one to schedule it for you.

What are unhealthy coping strategies for depression?