What is the relationship between substance use and depression?

What is the relationship between substance use and depression? 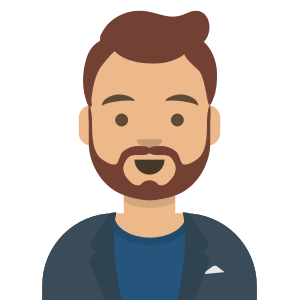 The relationship between substance use and depression is bi-directional, meaning that either one can lead to the manifestation of the other. About one-third of people diagnosed with major depression also have a drinking problem, for instance.

Sometimes a person's history indicates which came first, but it may be unclear. Regardless of whether depression or substance use disorder is the initial problem, effective treatment must focus on recovery from both at the same time.

Self-Medicating With Drugs or Alcohol

People experiencing the symptoms of depression may turn to drugs or alcohol as a negative coping strategy or as to self-medicate. These substances can give a temporary high, which relieves depression.

However, when the effects of the drugs or alcohol wear off, you are left feeling depressed again. That begins a cycle in which drugs or alcohol use increases to keep symptoms of depression at bay, especially if this person also develops a tolerance to the drug.

Some substances have a depressive effect, even in individuals who did not show symptoms of depression before their use. The primary impact of substances known as depressants like alcohol is a quieting of the central nervous system, leading to difficulty concentrating, lethargy, and other symptoms commonly seen in people experiencing depression. Benzodiazepines, barbiturates, and hypnotics are also examples of depressants.

Underlying Causes of Both Depression and Substance Use Disorder

These factors don't guarantee that anyone with a substance use disorder will experience depression, but they do represent common traits seen in individuals experiencing one or both of these disorders.

When depression and substance use disorder are co-occurring, someone has a diagnosis for both conditions (also called dual diagnosis). Treatment for both must happen at the same time. If you address them one at a time, the risk for relapse increases.

For long-lasting results, it's best to tackle both depression and substance use disorder together. A multi-faceted treatment plan gives you the tools necessary to end or reduce dependence on substances while also improving overall mental, emotional, and physical health.

What are positive coping strategies for depression?

What are different types of depression?