A Comprehensive Guide on Subutex vs Suboxone

A Comprehensive Guide on Subutex vs Suboxone 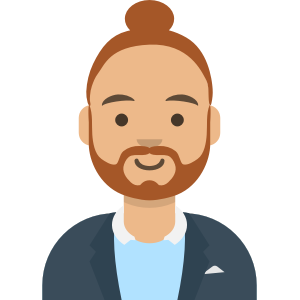 While the two drugs have the same goal, they work in different ways, and some people prefer one over the other. Let's take a closer look at these two drugs and how they can help those struggling with opioid use disorder (OUD).

Subutex, a brand name for buprenorphine (generic), is a medication used to help treat people suffering from opioid addiction. Buprenorphine is the active ingredient in Subutex, and it works by blocking the effects of other opioids. This prevents cravings and withdrawal symptoms from developing, making it easier for a person to quit using drugs altogether. However, because it is a Schedule III controlled substance, Subutex must be prescribed by a clinician and cannot be bought over the counter.

The commonly known side effects of Subutex include:

If you are experiencing any of these Subutex side effects, contact your provider for further assistance.

Suboxone is a medication used to help treat opioid addiction and minimize cravings. It is a combination of two medications, buprenorphine, and naloxone. Buprenorphine is a powerful opioid medication that helps to reduce cravings for heroin and other opioids. Naloxone is only activated in Suboxone if the medication is misused, such as through injection or inhalation, making it ineffective and helping to prevent overdoses.

Listed below are the side effects one might experience when taking Suboxone.

Common Side Effects of Suboxone

Serious Side Effects of Suboxone

If you are experiencing any of these Suboxone side effects, contact your provider for further assistance.

Differences Between Subutex and Suboxone

Subutex and Suboxone are both administered sublingually, which means they are placed under the tongue and allowed to dissolve. Suboxone is in strip form while Subutex is in tablet form. This method of administration ensures that the drugs are absorbed quickly and begin working immediately.

Suboxone sublingual films are available in four different strengths. These are:

The lowest GoodRx price for the most common version of buprenorphine is around $21.26, while the average retail price of Suboxone is  $153.77. However, the price can vary depending on the pharmacy. Some insurance plans may also cover the cost of each drug, so be sure to check with your carrier.

The manufacturer discontinued Subutex in the United States in 2011. Several factors led to discontinuing Subutex in the US, including its high cost and concerns about misuse and diversion. However, it is still possible to find Subutex in other parts of the world, and generic forms are also available across America.

What are the benefits of Subutex?

Although Subutex can be addictive if it is misused, there are many benefits to taking the medication as prescribed. These benefits include reduced risk of overdose, prevention of disease transmission, and improved mental health. Speak to your provider at Confidant Health for more information.

What kind of opiate is Subutex?

Subutex belongs to a class of drugs called partial opioid agonists, which works by reducing the effects of other opioids and can help people detox from them. However, it is essential to note that Subutex should only be used under the supervision of a doctor, as it can be addictive itself.

Is buprenorphine used as an antidepressant?

How the Suboxone Spit Trick Works